Hopefully you managed to catch my last post about the writing year that was 2014. If not you can read it here. In summary, although I managed to complete a novel it was a bumpy process and one I hope to improve on in the year ahead. So here’s what’s coming up for me in 2015 …

Starting Monday I’ll be doing the copyedit on my new novel Close To Home. As always, the final stages of a book are a crazy cocktail of attention to detail, nerves, excitement and relief. I’ve had a few trusted readers give me feedback and will definitely be doing some tweaking on this next edit but hopefully the process won’t be too onerous. By the end of January the novel should be visiting the editor for the last time before heading off to the printer. It won’t be released until July but advanced reader copies will be sent to booksellers and distributors for a sneak peek in the next few months. I’m absolutely in love with the cover Hachette have come up with and will be revealing it here soon!

In previous years I’ve taken the turning of the final page of the proof read as an opportunity to put my feet up and bask in the glory of having finished a novel. But this time things will be different. Really, they will! I’ve already started nutting out ideas for my next book and once Close To Home is gone I’ll be starting a new manuscript. Unlike my last three novels I’m going to attempt to do a little more planning – but still remain open to new ideas and plot possibilities. I’m also hoping to use the fast and furious method to write the first draft. This technique worked with my first novel, Blackwattle Lake (which was a nano novel) so I’m going to give it another shot. That will leave me more time top spend on re-working and getting feedback from critique partners before the manuscript is in the final stages of revision. Assuming this all goes to plan I should have a first draft finished by the end of March. Fingers crossed! 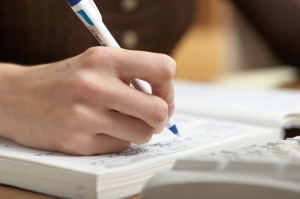 Daily writing is definitely part of my plan for the year. I’ve joined a Facebook group called #1000 words A Day, started by my lovely writing pal Monique McDonell, and plan on meeting the challenge. I know from experience that this word count is very doable and being part of a group that inspires and encourages is a great way to make it happen.

Apart from writing a new rural fiction novel I’m going to get back to some journal writing, one-off writing exercises and possibly some short story and poetry writing. The last few years have been focused on writing for the market and while I have enjoyed every minute of it (ok – most of it at least) it does have a way of narrowing your focus and zapping your creativity. Or at least it has for me. I’ve already resumed daily journal writing and while my hand and wrist are complaining after too long spent typing and not scribbling a pen across a page, it’s already helping me to write from a different perspective.

Another project I’d like to spend at least a few hours a week on is a more literary style novel based on a snippet I discovered a while back on my computer. It was in a folder I’d called Fragments and is nothing more than a paragraph describing a woman waking up and looking out her window but it was so strange and so unlike anything else I’ve written I’d love to see what I can do with it. Finding the creative spark that led me to write those words is going to be tricky but I think I’ll just start with it and see where it leads, writing by hand in a notebook and NOT actually planning anything for this one until a real idea starts to form. It may lead somewhere or it might not, but it will be fun to see what happens. 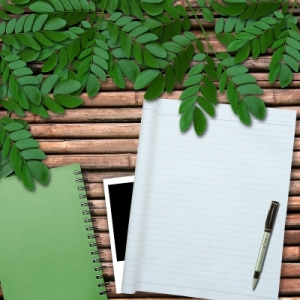 Along with all of the above I’ll be blogging more regularly, teaching a few workshops – the first of which, Wildwords is at The NSW Writer’s Centre on January 31 – and reading as often and as widely as I can.

Outside of writing I hope to ride my horse more, exercise more and practice kindness more mindfully.

What is in store for you in 2015, writing and otherwise?

Would love to hear from you.