In the words of literary agent turned writing guru Donald Maass anyone hoping to write what he calls “the breakout novel” should “push your characters into situations that you would never go near in your own life. He goes further: “discover what is the worst that can happen then make matters worse still.” (Writing The Breakout Novel, Donald Maass).

Putting characters into difficult situations, making those situations worse and then seeing how the characters are going to get themselves out of it is what makes for a page turner.

This things get worse dictum is one I followed when writing my nano novel in November 2009. Having spent 5 plus years on a novel with very little plot I wanted to experiment with more conflict, inner and outer. So at each point in the narrative where I felt a little stuck, or didn’t know what was going to happen next I asked myself how I can I make things worse for the protagonist?

Of course the things that happened had to be plausible and relevant to the situation my main character found herself in. Fortunately, Eve, my leading lady was already in trouble at the beginning. She’d returned to a place she didn’t want to be, that held shocking memories from her past with a list of people she really didn’t want to run into again. So of course, she did. There were plenty of internal conflicts going on to allow me, the writer, to keep making things worse. Working with a character who has issues to deal with and/or personality flaws to iron out makes it a lot easier to create and develop conflict.

I also found that writing rural fiction had a myriad of possibilities when it comes to external disasters. I’m not going to give away my plot but think of the dozens of things that could go wrong on a property in the middle of the bush? Eve had inherited her mother’s farm along with its equine inhabitants so there was plenty to keep her busy and loads of opportunities for her to have to deal with things she’d really rather not have to face. Whatever setting your book is in think about the possibilities. What sort of things can go wrong here? How can you make them worse?

As I mentioned earlier I think this strategy works well for memoir writers too. I’m currently reading Wild by Cheryl Strayed, a wonderful story about the narrator’s traversing of the Pacific Crest Trail – solo and completely unprepared. Like Eve, Cheryl has issues she needs to sort out right from the beginning so there’s plenty of inner conflict to be uncovered and included as back-story throughout the narrative. The fact that she does zero preparation for the trek and starts with a pack that is so heavy that from Day One it leaves her with blistered and bruised shoulders and hips quickly escalates the intensity of her situation. But then there are the external possibilities: rattlesnakes, bears, running out of water, being attacked – and these are just the things she’s aware of. These potential hazards keep you turning the page – you want to see what’s going to happen next, if things are going to get worse for Cheryl and how she’s going to deal with it all. 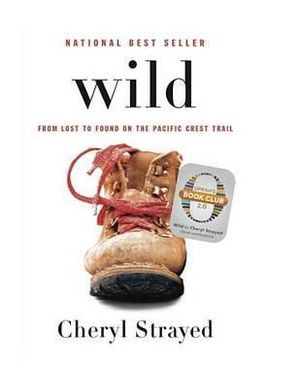 For me I have to say that the make things worse philosophy worked. It helped me create a much stronger plot and ultimately led me to complete a manuscript which was accepted for publication by Hachette Australia and has recently been released. I know I’ll be using this mantra again as I write my next book. And I’ll be returning to my previous manuscript with a stronger sense of what makes a good plot and doing plenty of revision.

What books have you read or written where the make things worse mantra is evident?